I’ve already written a post about the history of piano. This is an update to it.

First of all, the keyboard instrument that we all call “the piano” isn’t actually called “the piano”. Its full name is “the pianoforte” and we just call it the piano for short. 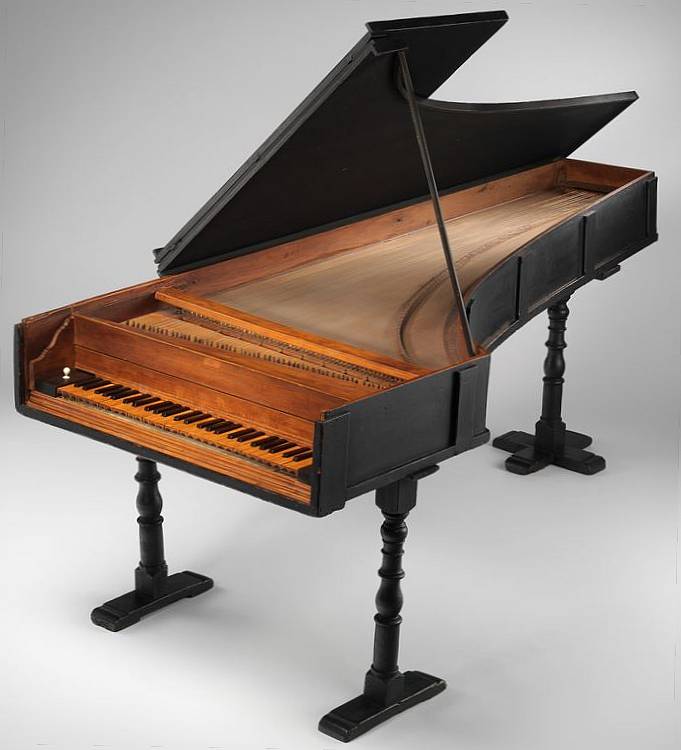 Italy – birthplace of the pianoforte

The word “piano” is Italian and one of its several meanings is “quiet”. The word “forte” in Italian means “loud”. So the instrument most people think of as the piano is really named the “soft-loud”. In its early days, the name was switched around – “fortepiano” and then somehow the words got switched around and the name stuck.
It was named the soft-loud because it was the first keyboard instrument that could properly vary its dynamics – from delicately quiet to extremely loud.

What came before the pianoforte?

Up until the piano was invented musicians played harpsichords, spinets and the clavichord which all had one level of dynamic.

Harpsichords had quills that plucked the strings and it was quite a harsh sound. Keyboards were between four and five octaves and so quite limited in range as well as dynamic.

The beginning of the piano

The piano was invented in Italy around 1700 by Bartolomeo Christofori. He was frustrated that keyboard instruments only had one dynamic – medium. Christofori wanted scope to inject more emotion and variety of sound into music. Loud, quiet, tender, dramatic. He experimented with hammers that hit the strings rather than plucked. At first they were covered with leather. This was an improvement in sound, but eventually the material of choice became felt, which we use to this day.

Because the hammers strike the strings, the piano technically falls into the “percussion family” of instruments, although with 220 strings inside, you’d be forgiven for thinking it was a stringed instrument. Also, the piano is not officially part of an orchestra. You will, of course, see a piano with an orchestra from time to time, but it’s usually the star of the show on these occasions, as a pianist shows of the brilliance of the instrument while the orchestra accompanies it.

The development of the piano

Since its invention the piano has been expanded in the range of notes to seven and a quarter octaves (88 notes on a full size piano). Although the mechanism has become more precise over the years, Christofori’s invention remains largely unchanged.

The future of the piano

Pianos do continue to develop though, as any quick browse of electronic pianos will show. New models of electronic pianos even have hammers inside that mimic hitting strings, even though there are none. This is so that the player gets a realistic experience of playing an acoustic piano. The sound is often generated from sampled sounds of high-end pianos so that what you hear is as close to the real thing as you can get without actually playing an acoustic piano. This technology is used in top Yamaha and Casio models for example.

But acoustic pianos are here to stay and they are still designed to be works of art in themselves, quite apart from the beautiful sound they create. Visit Bluthner’s gallery for a mind-blowing experience of what modern pianos can do for a room. And next time you find yourself talking about the piano, remember, it’s the pianoforte 😉